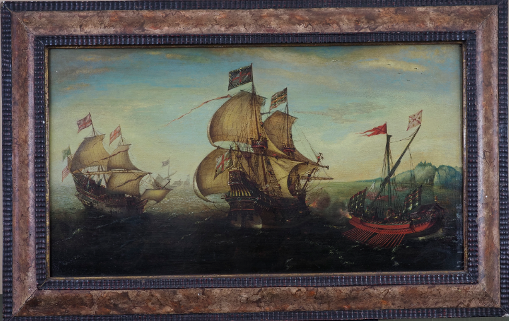 September 1 sees the launch of our first online art auction. It will be held here in Whanganui but we expect bidders from around New Zealand and indeed the world. We have already had interest from the UK and Australia.

One of the overseas works likely to attract international bidding is an oil painting on panel by the Dutch artist Aert van Antum (1589-1620). It shows the Spanish Armada in battle and is at least 400 years old. It is from the estate of a wealthy Dutch businessman who came to this country with his New Zealand wife a number of years ago.