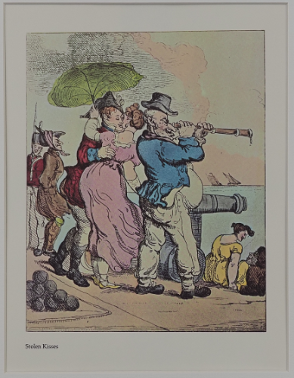 In our last post we spoke about Colin McCahon and his religious works. Now we being more light-hearted.

Thomas Rowlandson (1756-1827) was an English artist and caricaturist of the Georgian era, noted for his political satire and social observation. A prolific artist and printmaker, Rowlandson produced both individual social and political satires, as well as large number of illustrations for novels, humorous books, and topographical works. Like other caricaturists of his age Rowlandson’s caricatures are often robust or bawdy. He also produced highly explicit erotica for a private clientele.